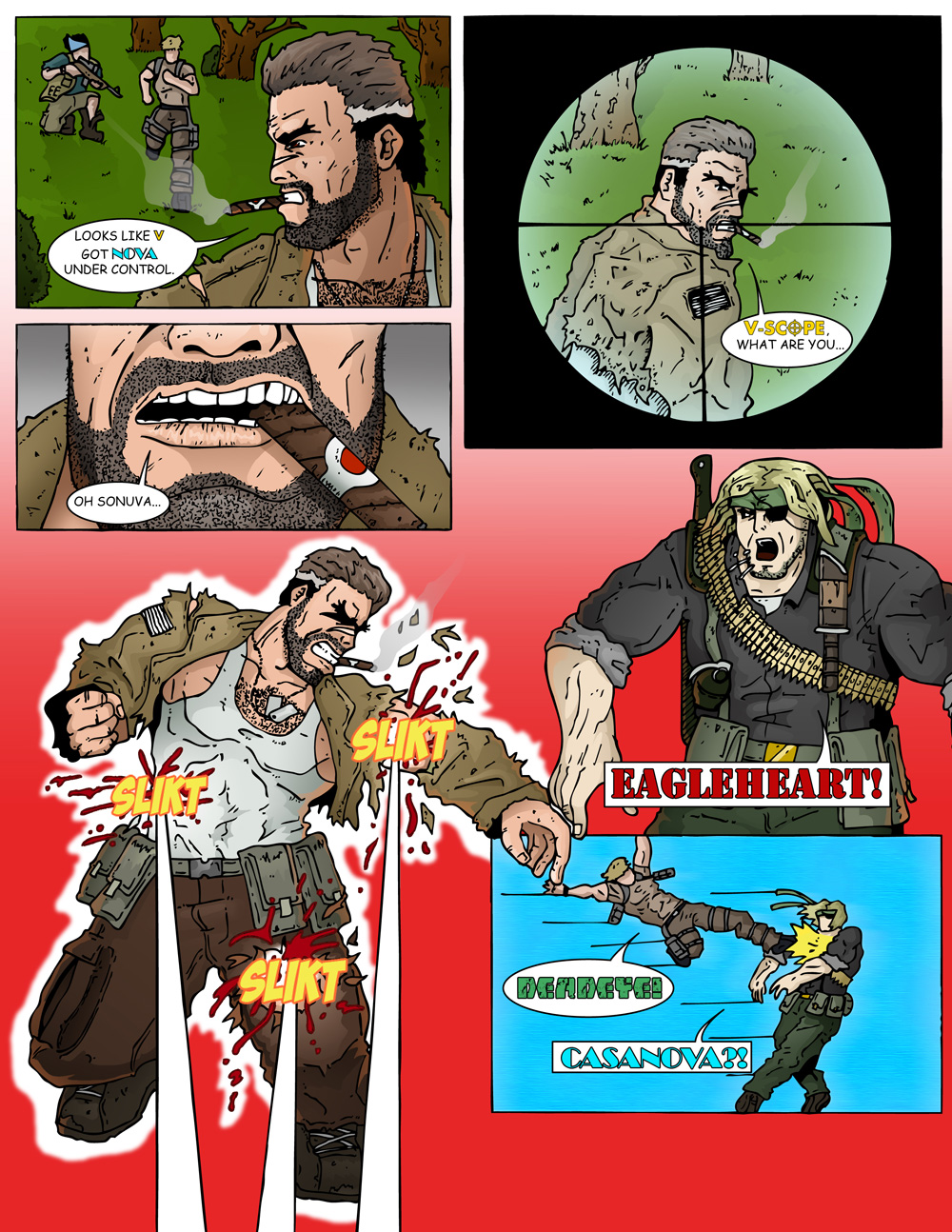 Good Monday everyone! Hope everyone had a great weekend. This weekend was the first time I started to feel the cold hand of winter on my shoulder and I did not miss that feeling at all. Its a sad time in the year when it still looks like it should be warm and gorgeous out but as soon as you step outside you realize it was all an illusion. I tried to catch up on my comics today but the wind was dead set against me reading outside on my patio. Instead I was forced to retreat indoors and stare at the sun from inside the safety of my house. On the plus side it forced me to sit down and work on Team Stryker instead.

The other threat to productivity other than comics is the newest version of Counter Strike on PS3 (also on Xbox 360 and PC) as its the perfect blend of tactical play and adrenaline pumping action of any game I’ve played in a long time. I love slow moving, thoughtful shooters like SOCOM or Battlefield, but as I get older I have less and less time and less and less patience to play those kinds of games. I’ve never been a big Call of Duty fan as I find it doesn’t satisfy my tactical side, but I can appreciate how you can hop in, play a few rounds, hop out and be on with your day. If you’re looking for a good shooter to hold you until the fall game season approaches you should take a look at Counter Strike: Global Offensive as its only $14.99 to download.

Well I’m off to go and play some CS:GO before its back to the Team Stryker grind! If you own a PS3 and want to join in on the fun message me here with your username and I’ll add you to PSN and we can fight some terrorists together. Have a great Monday and I’ll see everyone back here on Thursday!