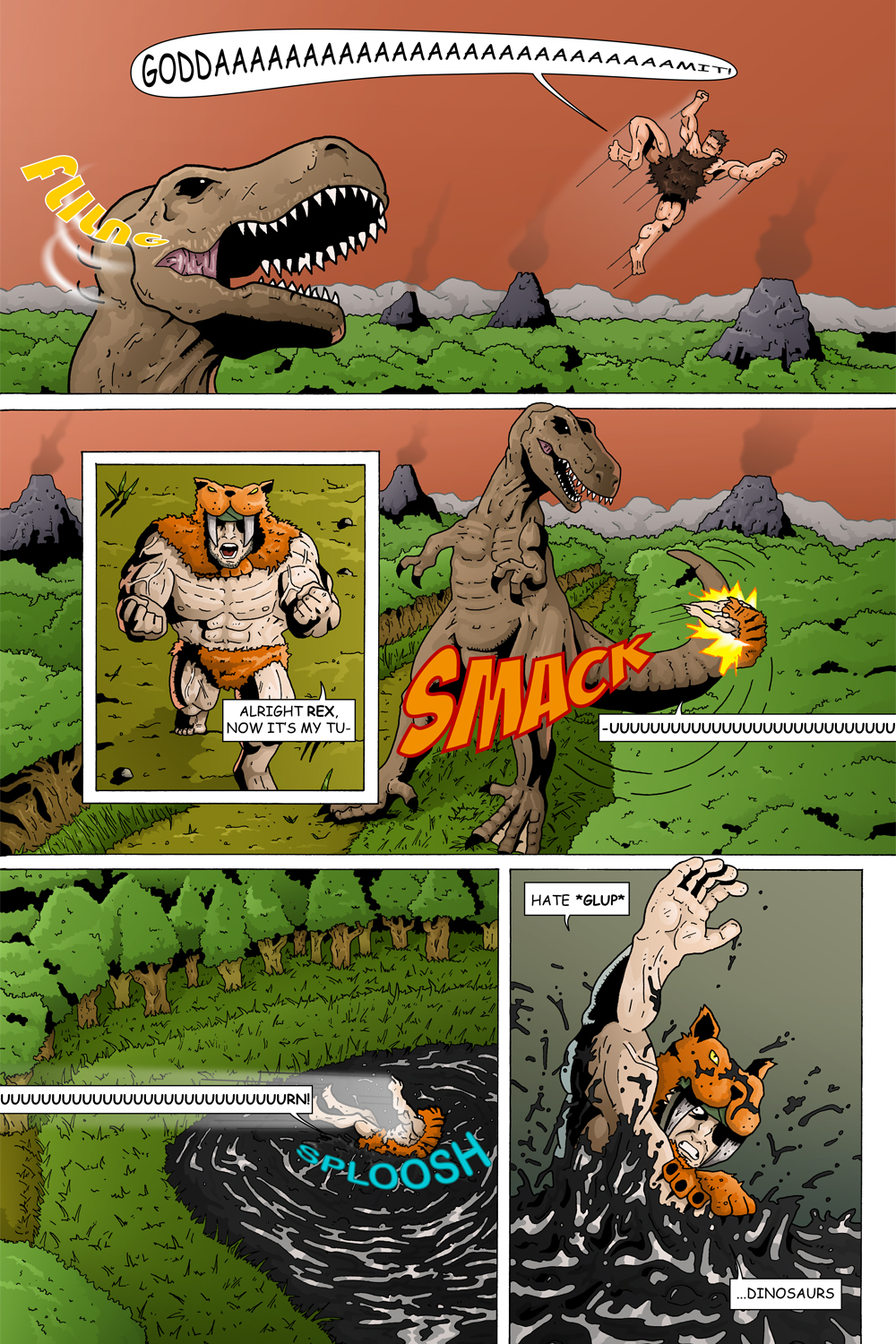 As for the page at hand, this page is no slouch when it comes to complicated shots. Having a grown man get tail-smacked my a T-Rex is something I always wanted to draw and this was the perfect excuse. Someone getting tailed slammed by something is always funny and the bigger the thing doing the smacking, the funnier the results. When dealing with a creature as fierce as a T-Rex I had to think of creative ways for Team Stryker to attack and to be attacked. I always had the idea that Deadeye would wind up in a tar pit so it was just a matter of getting him there.

Team Stryker has been making some waves on Twitter so I wanted to thank all of the recent followers and really hope you enjoy my humble webcomic. If you have any comments or questions you can  write them in the comments section below or message me on Twitter or on the Team Stryker Facebook page! Thanks for everyone’s continued support. I couldn’t do this without you.