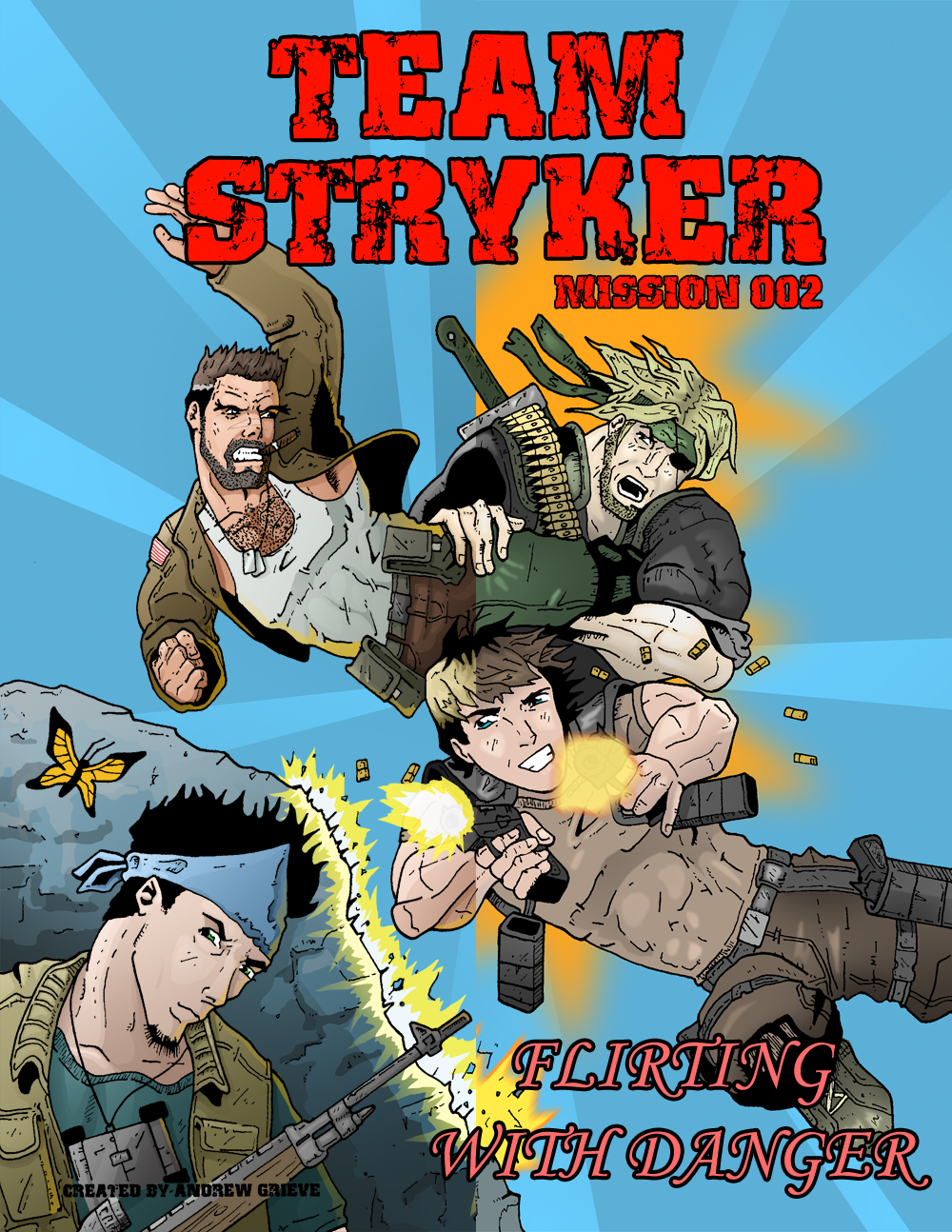 Happy New Year’s Eve everyone! I hope everyone is ready to ring in the new year with your best friends at Team Stryker!  2012 has been a banner year for Team Stryker; www.teamstrykercomic.com launched almost a year ago today and I’ve released 64 pages across 3 issues. In that time I’ve done 2 interviews: one with Ari Carr found here and one with Tommy Lutz found here, I’ve had one review from Robin Booker found here and have even been nominated for best webcomic of 2012 from Read Comic Books. I want to thank all of you who have taken an interest in me and Team Stryker and our quest to become to world’s greatest webcomic! I’m looking forward to bringing you page after page of  Team Stryker action, humor, and suspense.

For today’s New Year’s Eve update I’ve got the comparison of the Team Stryker Mission 002 cover between 2008 and now. This one was harder to compare the two since I’ve gone and changed the title since it was originally drawn in 2008. On the left is the newest version and on the right is what it looked like in 2008. Besides characters getting more detailed in their color schemes I was able to do away with the explosion in the background that didn’t ad as much as I was hoping. Casanova also got a make over and became much more tanned and blonde in 4 years. This will be the last comparison as Team Stryker Mission 003 will resume on Thursday with new pages!

If anyone is interested in submitting Team Stryker fan art, sketches, or even a single page comic to be used on Team Stryker I would gladly accept all entries. If yours is chosen to be on Team Stryker it will be shown with your name and short biography with links to your Twitter, Facebook and personal website. You can submit your fan art at andrew@teamstrykercomic.com. Looking forward to seeing what you amazing Team Strykerites come up with!

Happy New Year everyone and I shall see you all in 2013!