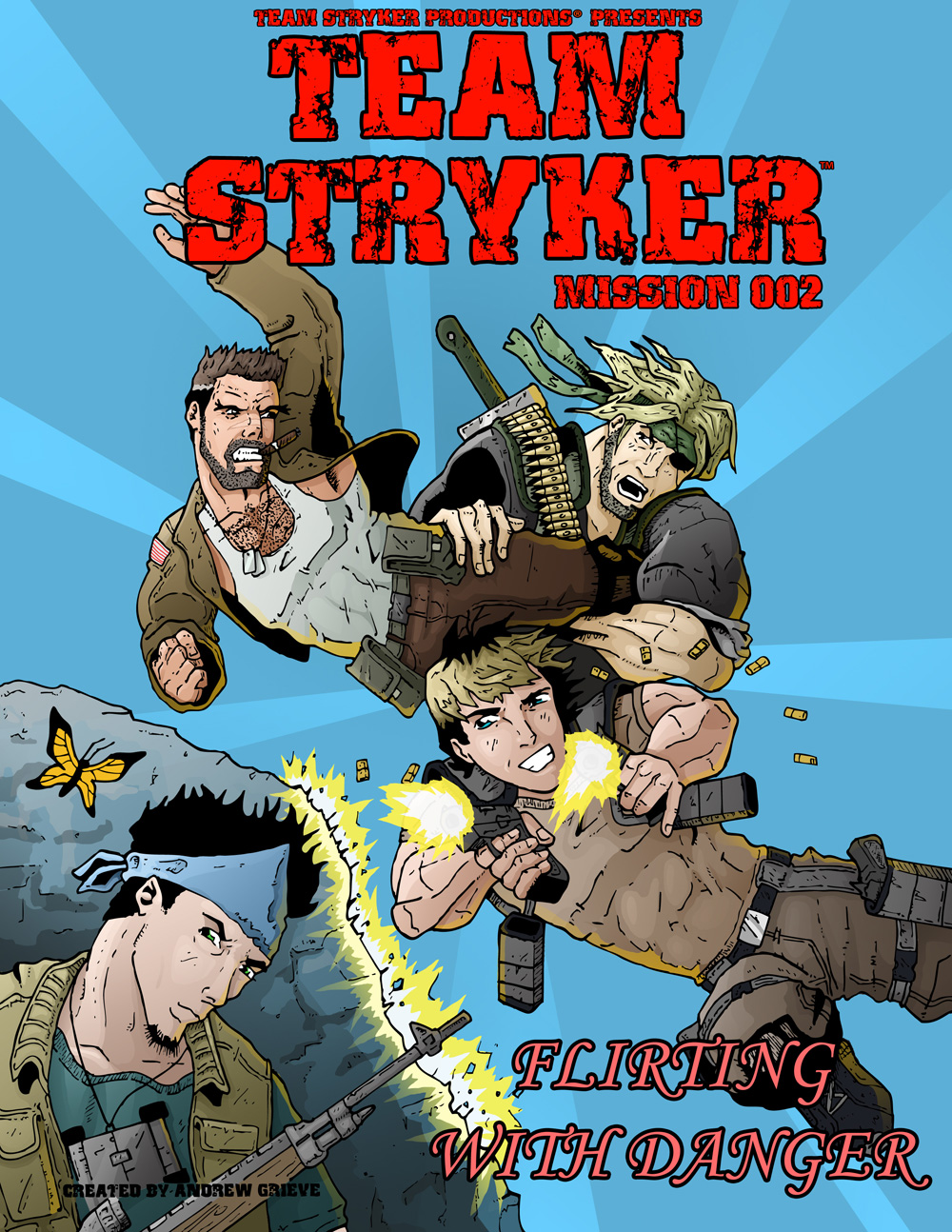 Good Thursday Team Stryker fans! Today I present to you the cover to Mission 002 of Team Stryker! This was a very fun page to create as the idea of Team Stryker battling each other has always been something that I wanted to do and I think its a good way start an issue. Who doesn’t love a good civil war between super heroes? The title, Flirting with Danger, took some doing and was added very late to the process. I had already drawn and colored Mission 001 and had colored 90% of Mission 002 before I added the titles to both. I was up late working and talking to Max via MSN (we are the only 2 people on the planet that still use MSN  I’m pretty sure) and we were just firing names of titles back and fourth. Its always a fun challenge to see what the end result is after we both rattle off 20 ideas in quick succession. Hopefully the end result is catchy and enticing enough to make people tune in next week to see just what danger Team Stryker is flirting with.

We are in for an exciting summer and I can’t wait to share in the magic with you!