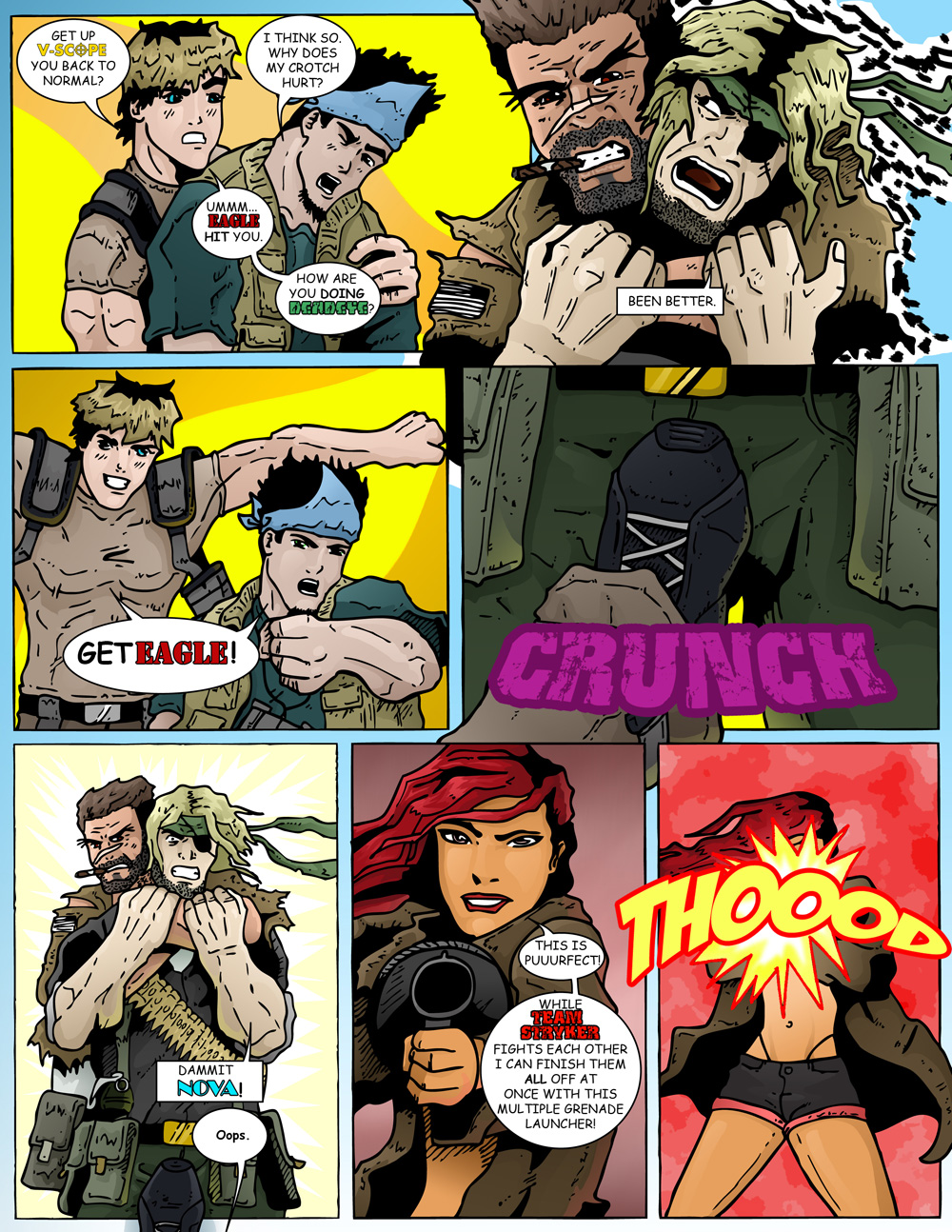 Happy Monday Team Stryker fans! I trust everyone had an enjoyable weekend. My productivity was shot to hell when I discovered that LittleBigPlanet for the Playstation Vita got release 10 days early and I managed to snag 2 copies for me and Sabrina. The more I play it the more I’m convinced that LBP was always meant to be on the Vita. If you’re one of the few proud Playstation Vita owners you have to give it a try.

Team Stryker is in a position that I haven’t been in almost 2 years: I have to start drawing new pages again. Its an exciting and terrifying time as I’ve spent the last year and a bit going back and remastering the first 3 issues. Now after going back and tweaking, coloring and lettering Team Stryker Missions 001-003 I have to start work on a brand new issue with Mission 004. I already have issue 4 (and about 3 other issues to follow) planned out and scripted but this will be the first time since December 2010 that I have draw new pages. The (awesome) cover to Mission 003 was drawn back in March but as far as the interior pages go its been a while. I’ll be spending the next few days sketching out all the key characters for issue 4 and when the time comes I’ll post those for your viewing pleasure.

Have a great Monday and I’ll see you back here on Thursday for some non-stop Team Stryker action!