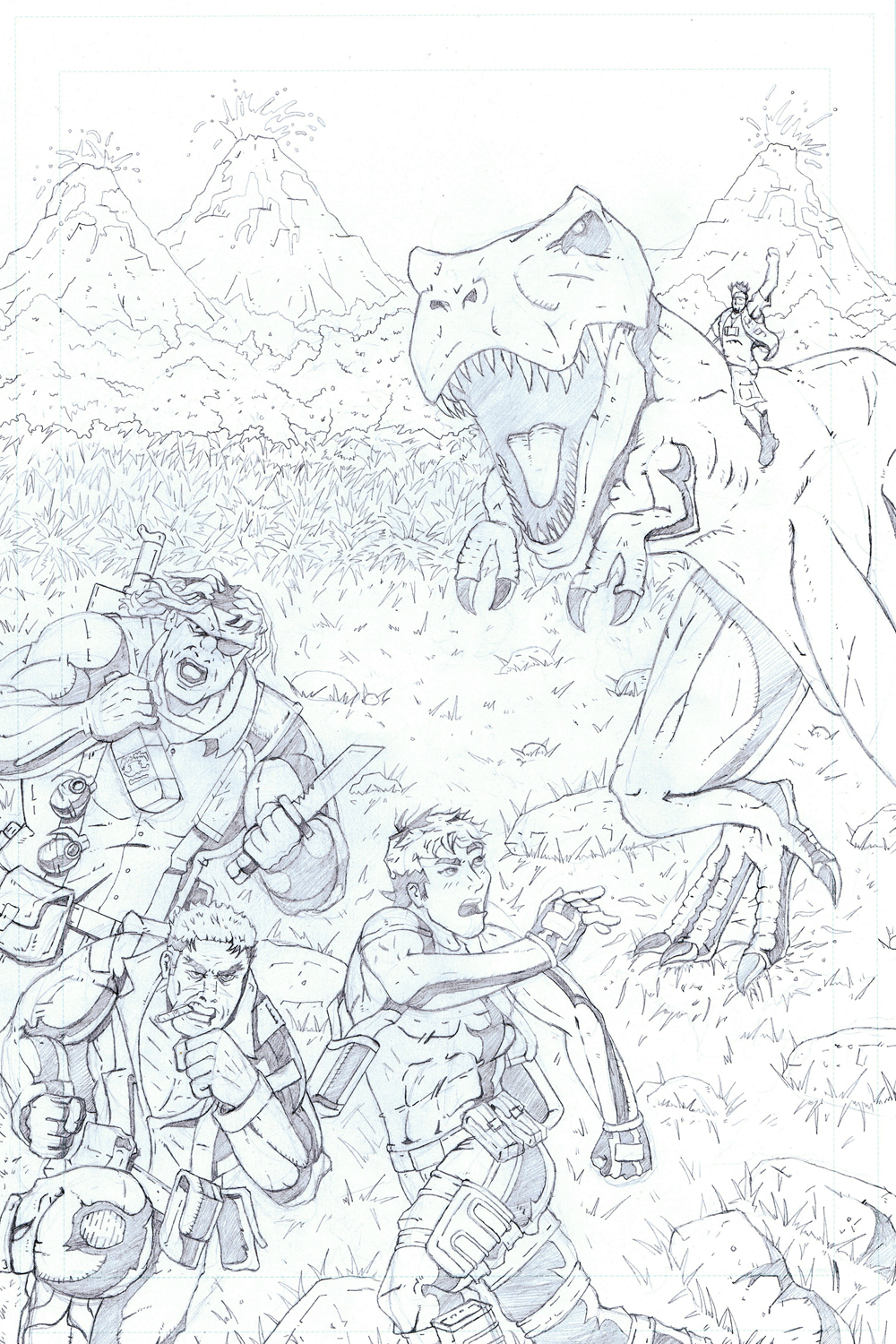 MISSION 003: A WALK IN THE (JURASSIC) PARK-PENCIL

Happy New Team Stryker Day everyone! While NTSD isn’t recognized by any society (yet) I’m celebrating it anyway with all of you. Since the premier of a new issue is no small deal I thought I would do things a little differently with the cover to Mission 003. I thought I would break the cover down into 3 separate posts so I can share with you the process that goes into making a page of Team Stryker.

This cover was the last piece of art I drew for Mission 003. I wanted to make sure I had learned everything I could from drawing the interior pages before I tackled the cover. It started as a doodle in a notebook in which I had drawn 5 separate layouts for the cover. The first was TS staring down a T-Rex, next was each member of TS getting chased by a different dinosaur, another was a close up of a T-Rex eye with TS in the reflection, after that it was TS viewed from the inside of a T-Rex mouth, and finally the concept of the cover you see before you. Once I drew the concept I knew I had found what I wanted.

Come back on Monday to see the next phase of the Mission 003 cover!