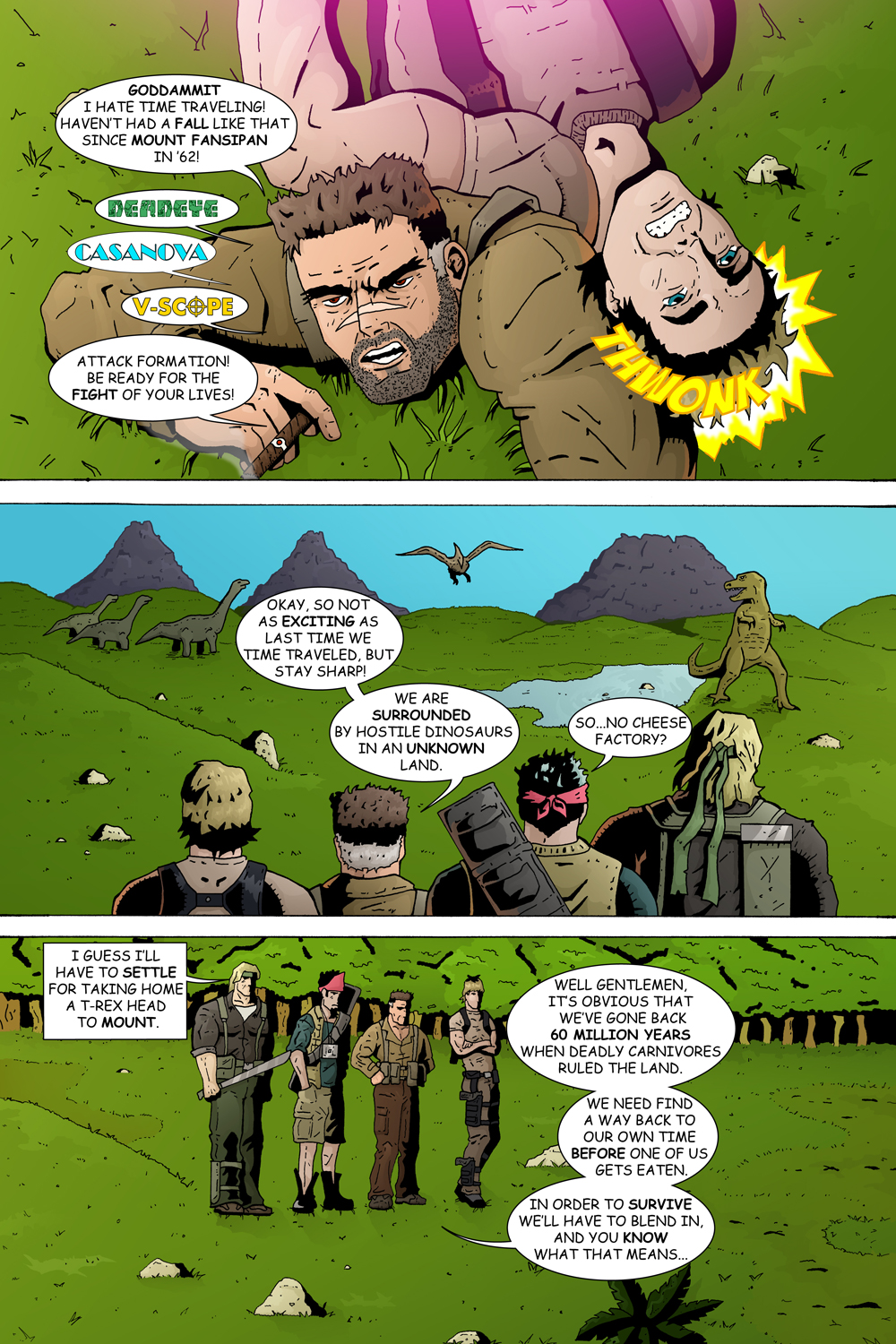 Happy Monday everyone! Hope you are all staying warm where ever you are. In Calgary we just had our first major snow fall of the season so everything is slow going today. Luckily the snow won’t stop me from delivering another page of Team Stryker to your computer!

This past week I’ve been trying to get through my game overstock in preparation for the holiday season onslaught. In the next 30 days there is Medal of Honor: Warfighter, Call of Duty: Black Ops 2, Assassins Creed 3 (and Liberation on the Vita) as well as PlayStation Allstars Battle Royale. To prepare for this, my buddy and I did a speed run of The Walking Dead games by Telltale Games and they were fantastic! The way we played was I was in charge of the control but he would make the decisions during conversations which was a lot of fun. It also lead to a very inconsistent Lee siding with one person one moment and then turning on them the next for my buddy’s amusement.

I also managed to beat Dishonored over the weekend (amazing game!) and put in some solid time in the PlayStation Allstars Battle Royale Beta (now that is a mouthful!) on both PS3 and PSVita. I’m really excited for this game and if you own a PS3 or Vita you owe it to yourself to check it out when it comes out on November 20.

Have a great start to the week and check back here on Thursday as you don’t want to miss Page 04 of Team Stryker Mission 003!