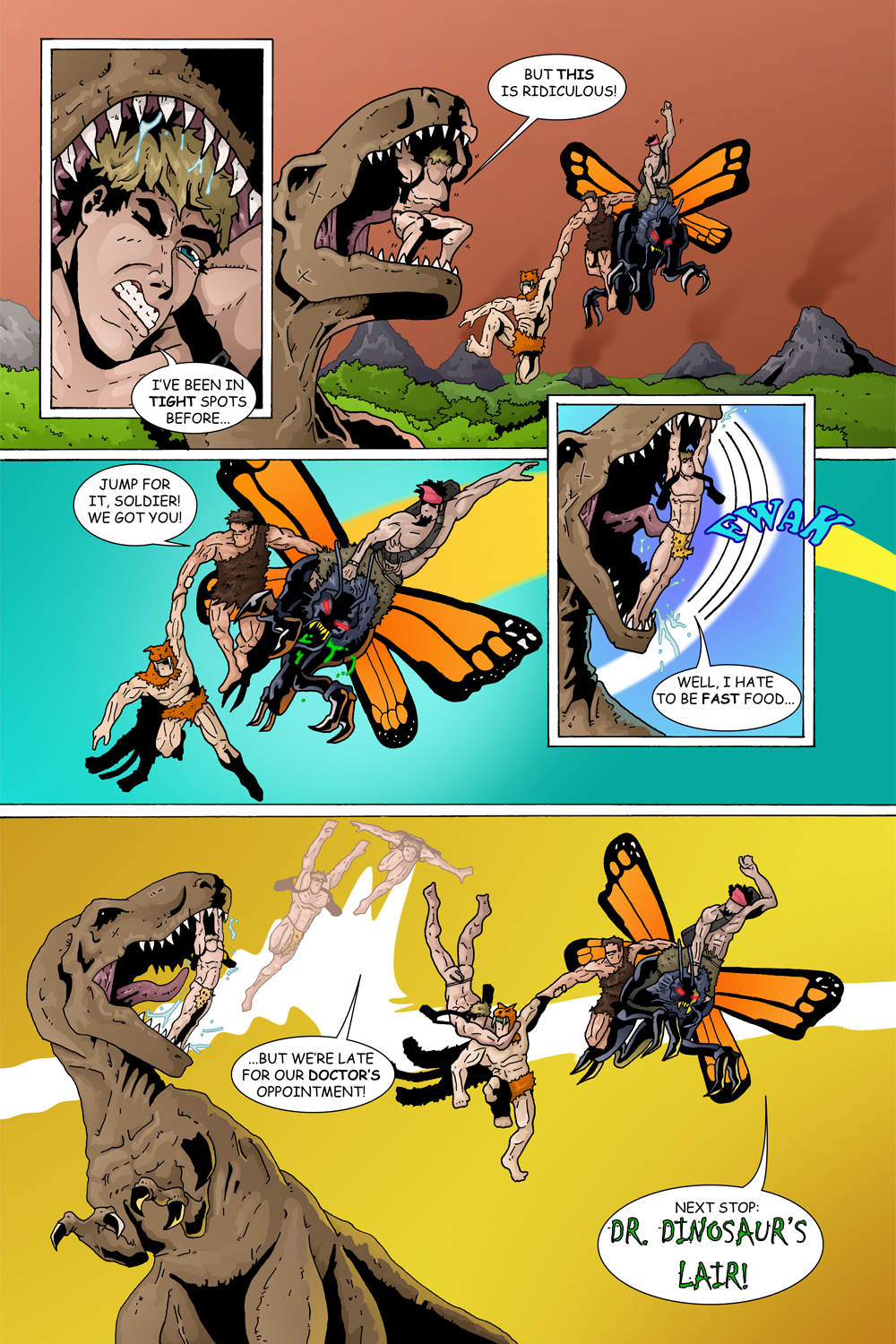 Happy Monday Team Stryker fans! I hope everyone had a fantastic weekend and are ready to see how Casanova deals with a T-Rex! My goal for Mission 003 was to showcase how each member of TS would deal with the same situation. Where Eagleheart would punch a T-Rex in the face, Casanova would end up as dino chow. It’s really fun to not only come up with these crazy scenarios but then to have each character tackle them differently. I think that is what drew me to do a team based comic as opposed to a solo piece. While any member of TS could have their own series(and perhaps one day might), it’s when they are all together that they truly shine as a team. I’ve always found characters like Wolverine work better when played off other characters for a contrast. Casanova getting caught in the mouth of a T-Rex is made all the better after seeing Eagleheart attempt to our roar and punch out that same dinosaur.

Hopefully you all agree that Team Stryker is the best team based webcomic around and will check back on Thursday to see what happens when Eagleheart, Deadeye, Casanova and V-Scope are all together! Have a great start to the week and I’ll see you back here on Thursday!