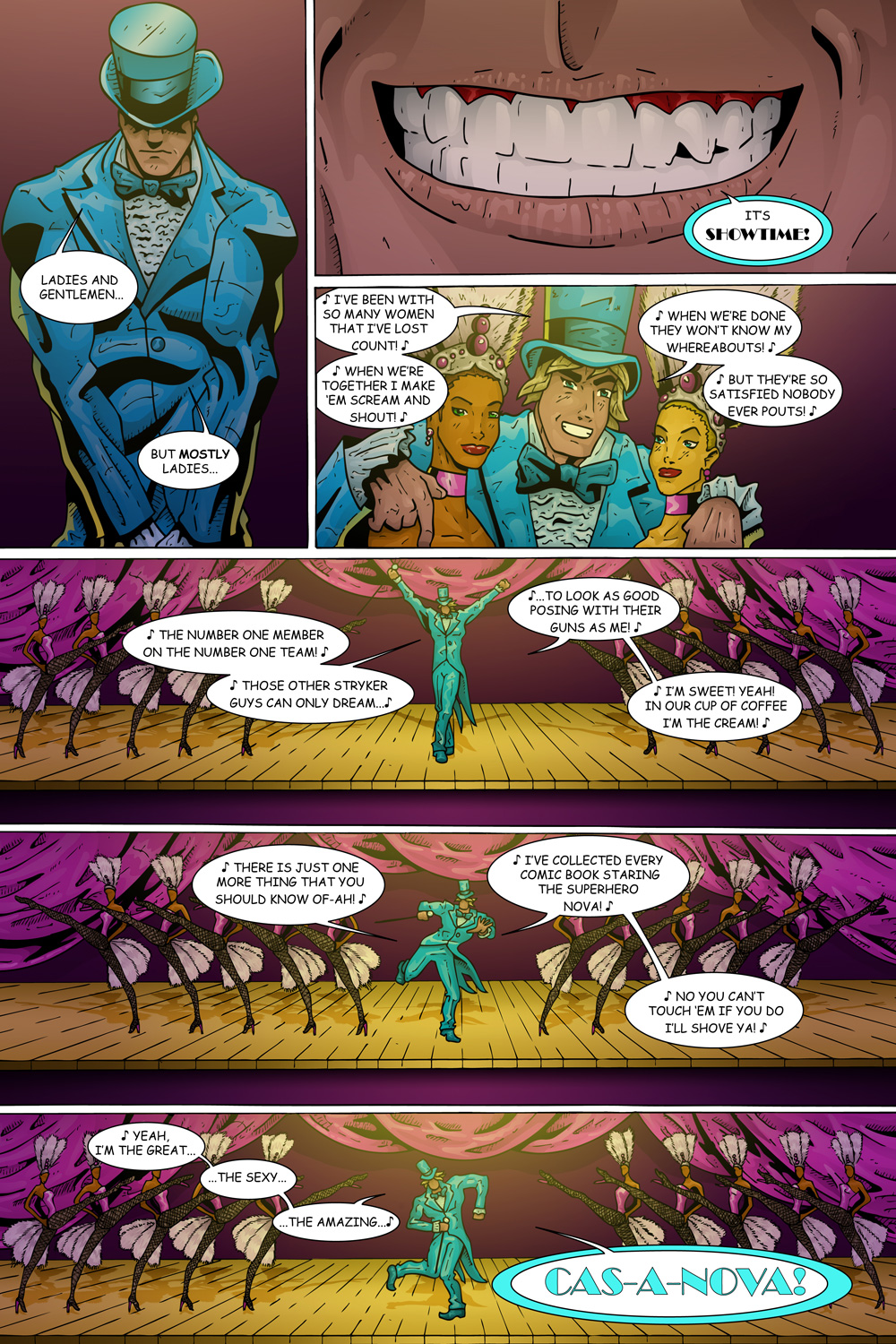 Welcome to the first ever musical page of Team Stryker! When I decided to have an issue take place in Las Vegas I made a list of all the potential places and things TS could be doing and having Casanova on a stage was at the top of that list. I had NO idea what he would do or say and thanks to the very funny and talented Jeremy Rowan, Casanova has a song to sing. I met Jeremy on Twitter when I first started Team Stryker and he has been a close friend ever since. Jeremy owns Phone Booth comics and they were the first store to sell (and sell out) of Team Stryker. Jeremy is also the lead singer and song writer for the band Bury the Goat so when it came to writing a song about how great Casanova is Jeremy was the only choice. Right now we are writing a Team Stryker theme song together with Bury the Goat performing it so hopefully I’ll have some news on that shortly.

Have a great Monday and be sure to stop by on Wednesday for a behind the scenes look at this week’s page.