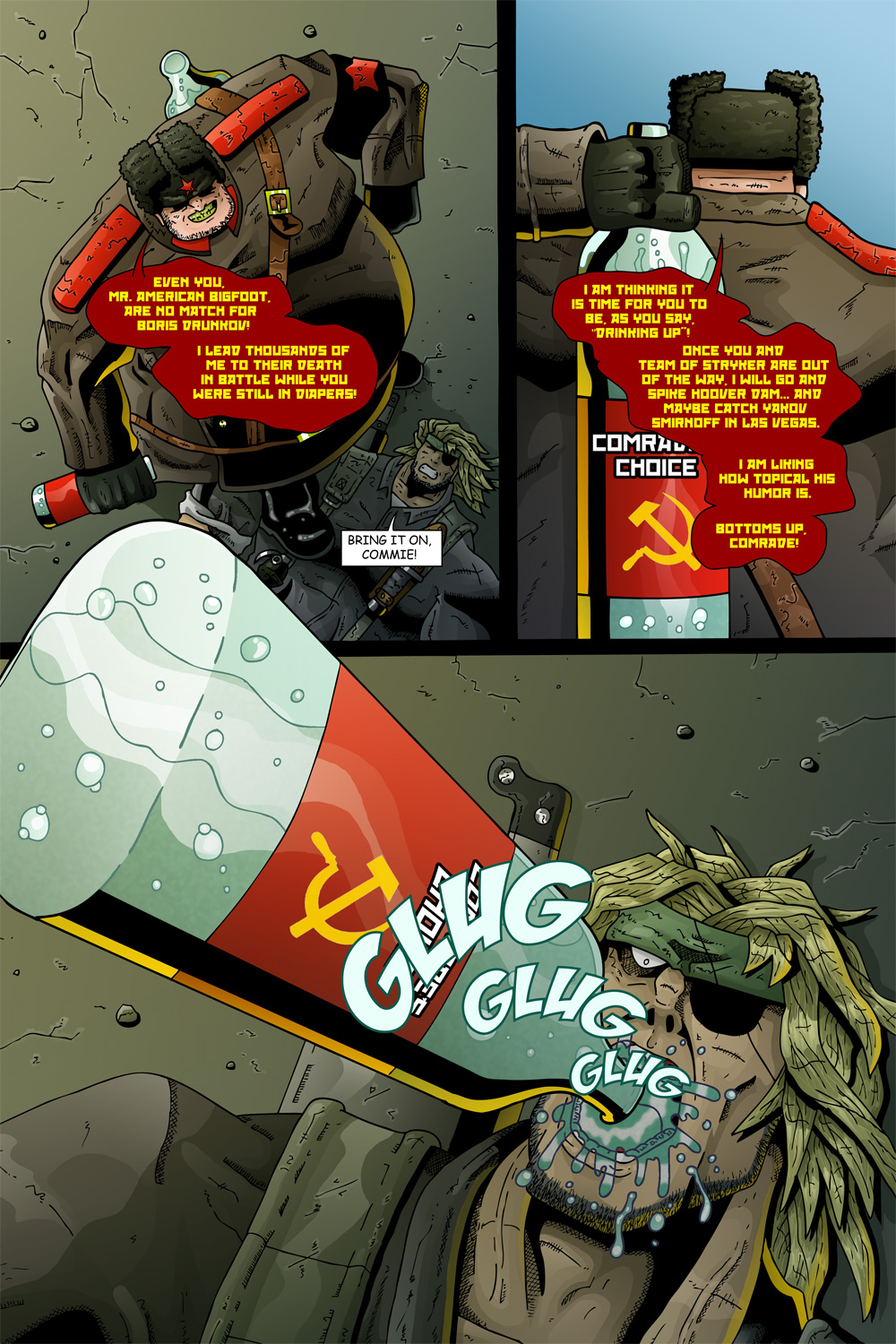 Good morning Team Stryker fans! I can’t believe we are already approaching the climax to Mission 005! It seems like just yesterday I was designing Boris Drunkov at the Calgary Comic Expo 2013. Don’t go anywhere as the battle between Deadeye and Drunkov is just getting started.

My weekend productivity took a nosedive when inFamous Second Son came on Friday for PS4. I haven’t had that that much unfiltered joy playing a game in a long time. I don’t think I’ve said “Wow” or “Ooooooooooh” out loud so much either. Every hour the game seems to add a new mechanic that strikes a cord with my childhood dream of becoming a superhero. I had to start pacing myself as I played so much on Friday and Saturday that I want to keep the fun going for as long as possible. I’m playing through being the hero on my first play through and on my second I will go back and play through the evil story as I wreak havoc on the people of Seattle.

Have a great start to the week and I’ll see you all back here on Wednesday!