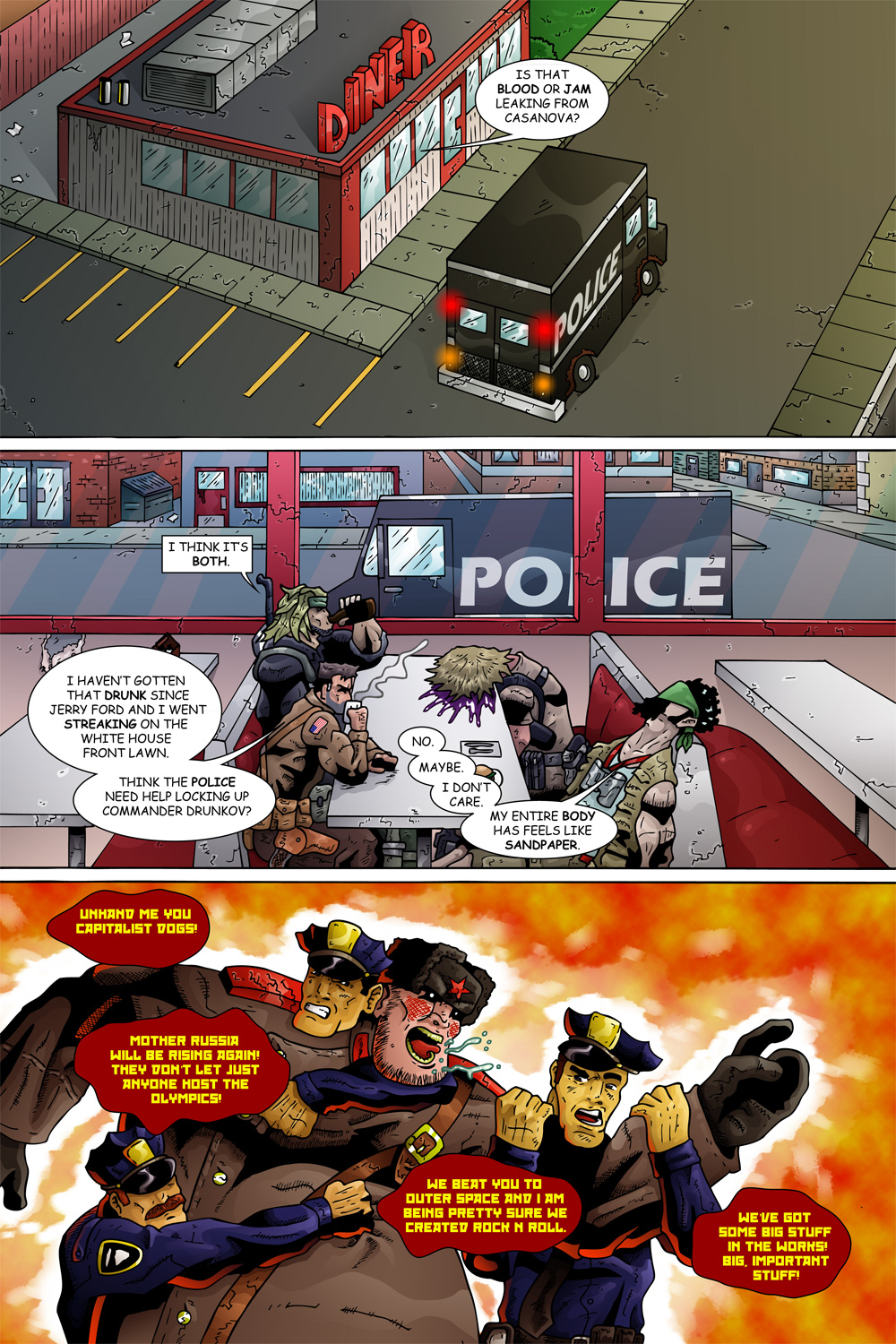 And I’m back! After a week of fun in the sun I’m home and ready to bring you the final two pages of Team Stryker Mission 005. I still have a lot of work to do on Mission 006 so I’ll be doing my best to make sure there is as little downtime as possible between the issues. Mission 006 is almost halfway complete so as soon as I have the first half of the book finished and the cover done I will start releasing the new pages. I would rather have a little space between issues than have to stop in the middle of the issue because I ran out of pages. If you would prefer that I start releasing new pages right away instead feel free to let me know in the comments as I’m always listening.

As for today’s page, the idea that Team Stryker would be hungover from their battle with Boris Drunkov was something that I wanted to do since the very start. It’s rare to see superheroes be as vulnerable as when you’re hungover. I also wanted to showcase how each member handles their alcohol differently: Deadeye drinks more, Eagleheart sips coffee, V-Scope hides under his bandanna and Casanova just dies. Hopefully Team Stryker will sober up in time for their next mission!