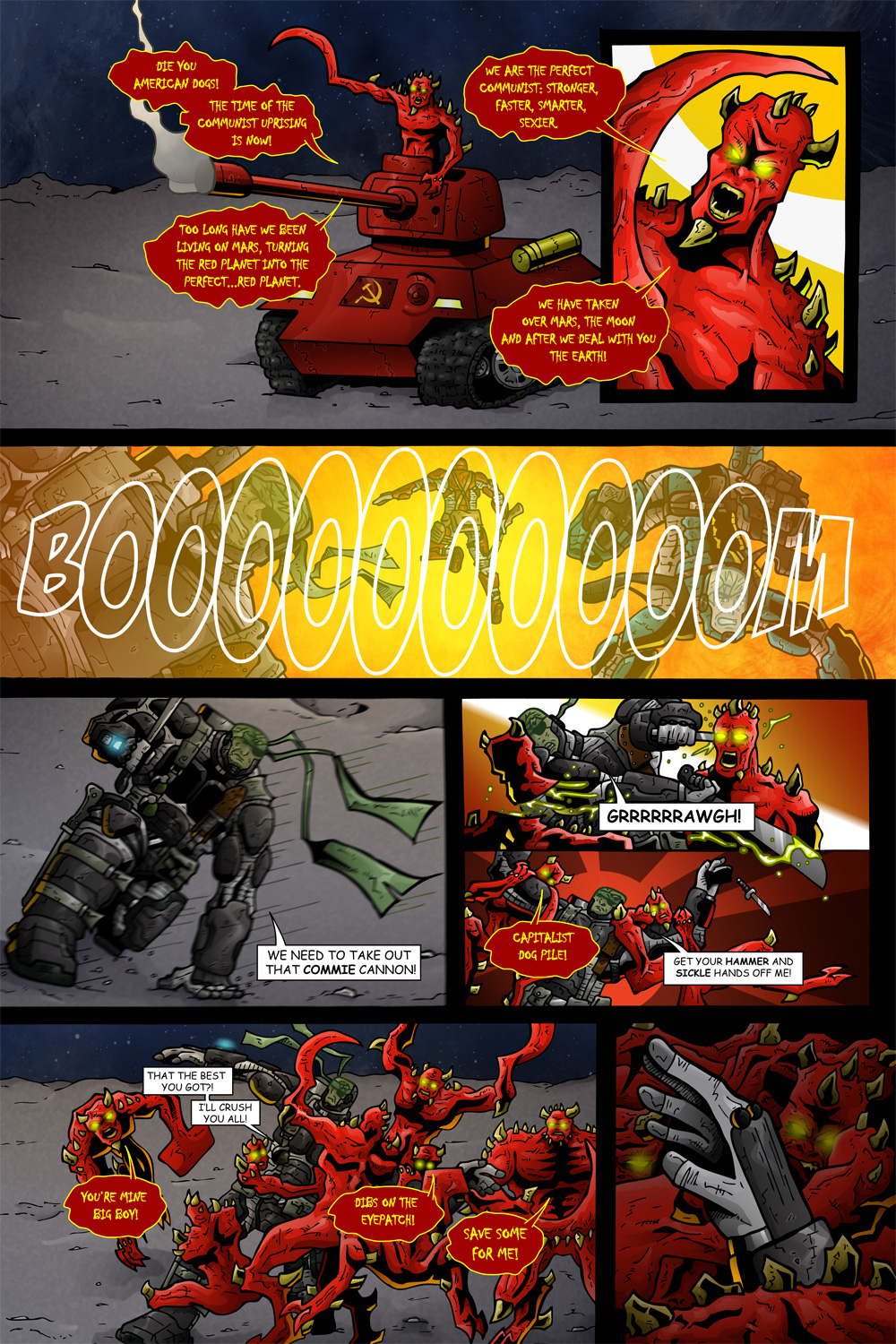 Welcome back Team Stryker fans! After a brief Labor Day break I’m back with a new page of Team Stryker. You now get to see the surprise weapon that the Space Commies have on the moon that can threaten all of capitalism. I designed their Commie Cannon after a WW2 Russian tank so it would only be fitting that the SC have a version of their own. The SC are the greatest threat TS has faced so far and I wanted them to actually be threatened since a lot of their past villains haven’t really posed a large threat to them. We are now right in the middle of the issue and things are only going to get more explosive from here.

I’ll be attending the Edmonton Comic Expo from September 26-28 so anyone in the area be sure to drop by and say “Hi”! I’ll be selling the first 6 issues of Team Stryker along with magnet figures, Deadeye hats, Jeffery butterflies and much much more!