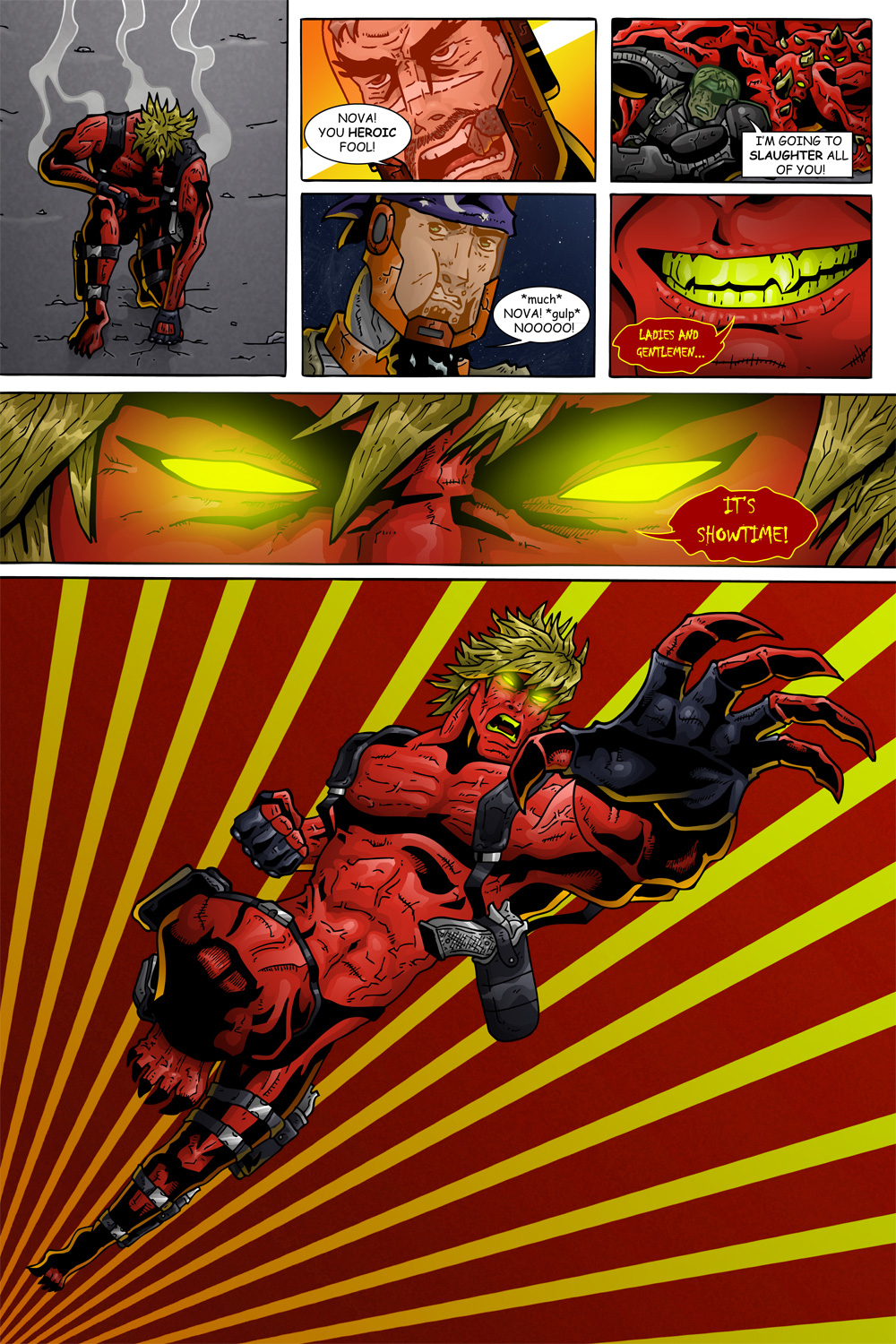 So this is what happens when a member of Team Stryker is hit with the dreaded Commie Rays from the Commie Ray Cannon! I knew from the very start that I wanted to design alternate versions of Team Stryker for this issue. As you can clearly see, Casanova is very European in his Space Commie form. I wanted him to look ridiculous but still threatening. He had to look clearly evil but not so far gone that he started growing horns (at least for now). It was a fun challenge to break Casanova now to what makes him Casanova now and rebuild him as a villain.

Have a great start to the week and I’ll see you all back here on Wednesday!