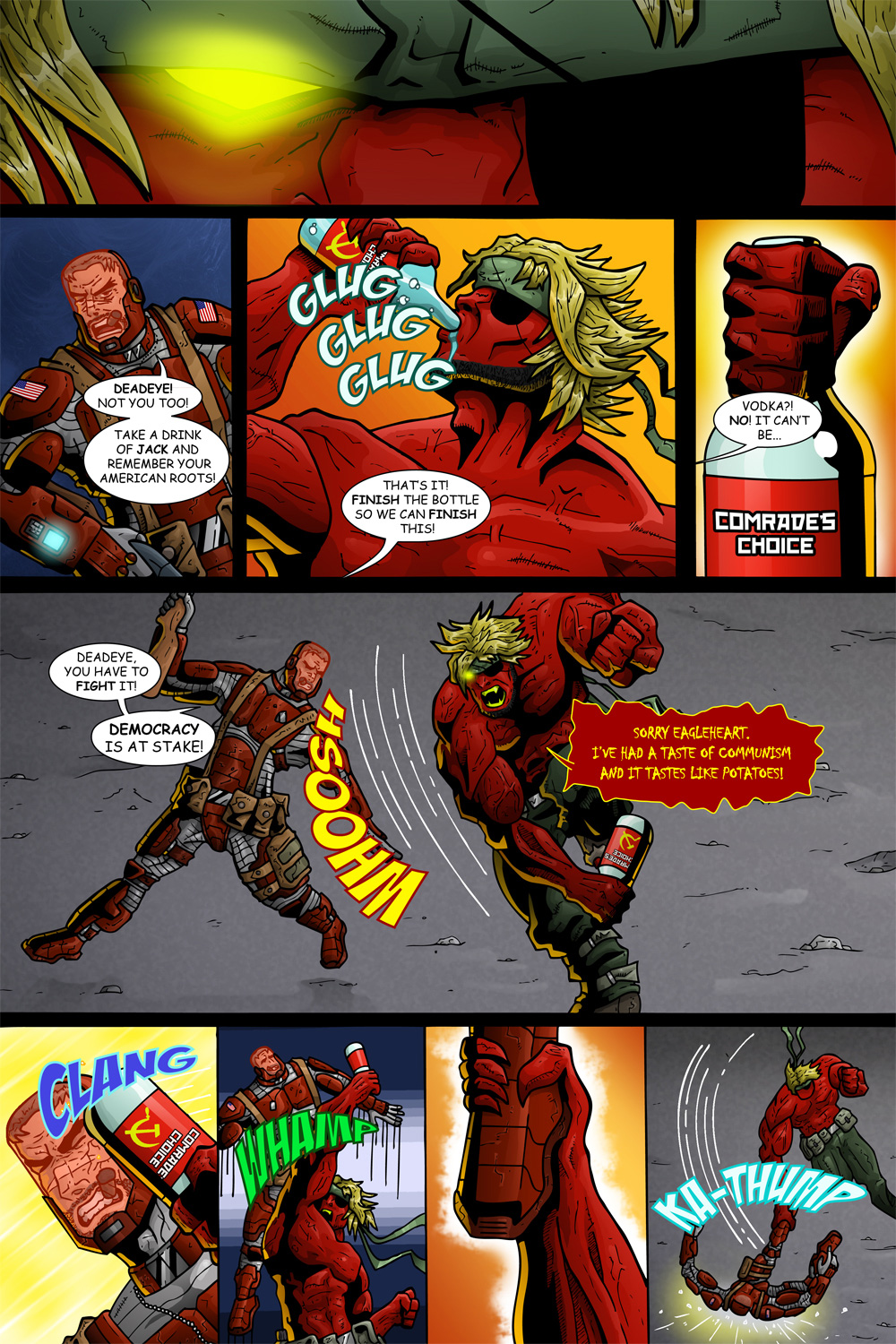 Things are really starting to look bad for Team Stryker! More than half the team has been turned into Space Commies and it’s down to Eagleheart and Dallas to save the day.This issue is probably my most bizarre issue while also being the most serious. Who would have thought battling Space Commies from Mars would be so tense! Some villains have been more of a pain or a nuisance than a real threat so I wanted to make sure that the Space Commies were seen as scary and fierce.  They sound silly on paper but when you see them in action they are a real strong opponent and one that’s not taken lightly.