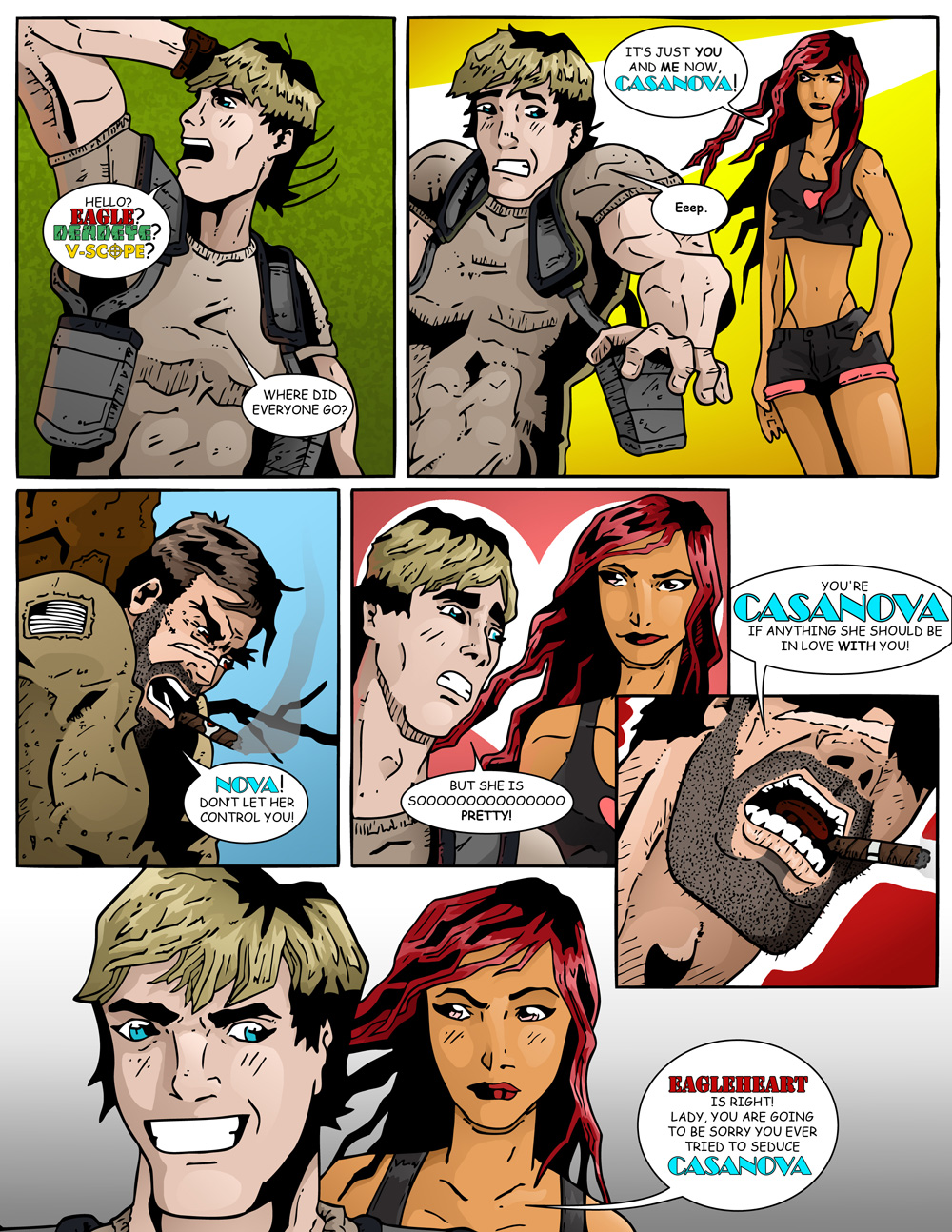 Happy Monday everyone! I would love to say that I had a great weekend but I’ve been fighting off death (in cold form) for several days now and he’s starting to get the upper hand. For those that don’t know me personally: I have severe asthma so that combined with a cold means I can barely breathe. I have the new few days off starting tomorrow to try and recover.

Today’s page is the big lead up as Casanova and She-Cann come face to face in a battle of the sex(y)es. Since the issue opened with Casanova being the first to be caught under She-Cann’s spell I felt it was only fitting for him to have to redeem himself by being the one to take her down. Casanova is the youngest member of Team Stryker and still has to prove himself from time to time. Check back on Thursday to see if Casanova can bring She-Cann to her knees!

Have a great start to the week and I will see all back here on Thursday!