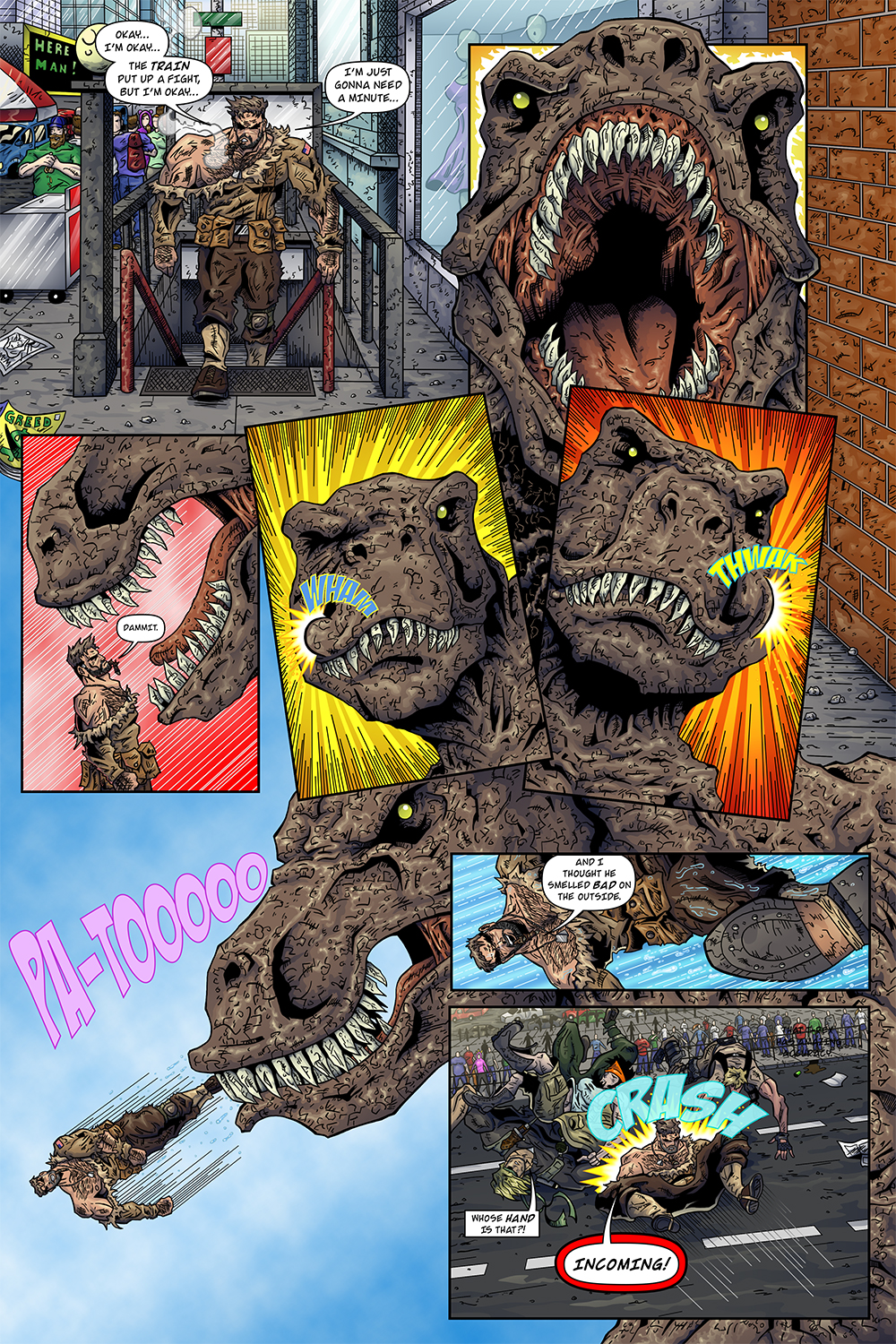 Today marks 3 new pages in as many weeks! I hope to be able to continue this trend as closely as possible. Having all the pencils for the entire issue done makes it a lot easier for me to try to get the inks and colors done as consistently as possible.

It was a lot of fun designing Eagleheart’s “battle-damaged” look after going head to head with a subway train. In the first 4 issues of Team Stryker Eagleheart was always sustaining some kind of physical damage so it was fun to go back to that. If I ever get to have Team Stryker action figures I’m going to want to have at least 3 different versions of Eagleheart’s “battle-damaged” looks.

I’ll cross my fingers to have a new page of Team Stryker ready for you next week, but until then you can get all your updates on Facebook, Twitter and Instagram @TSComic.