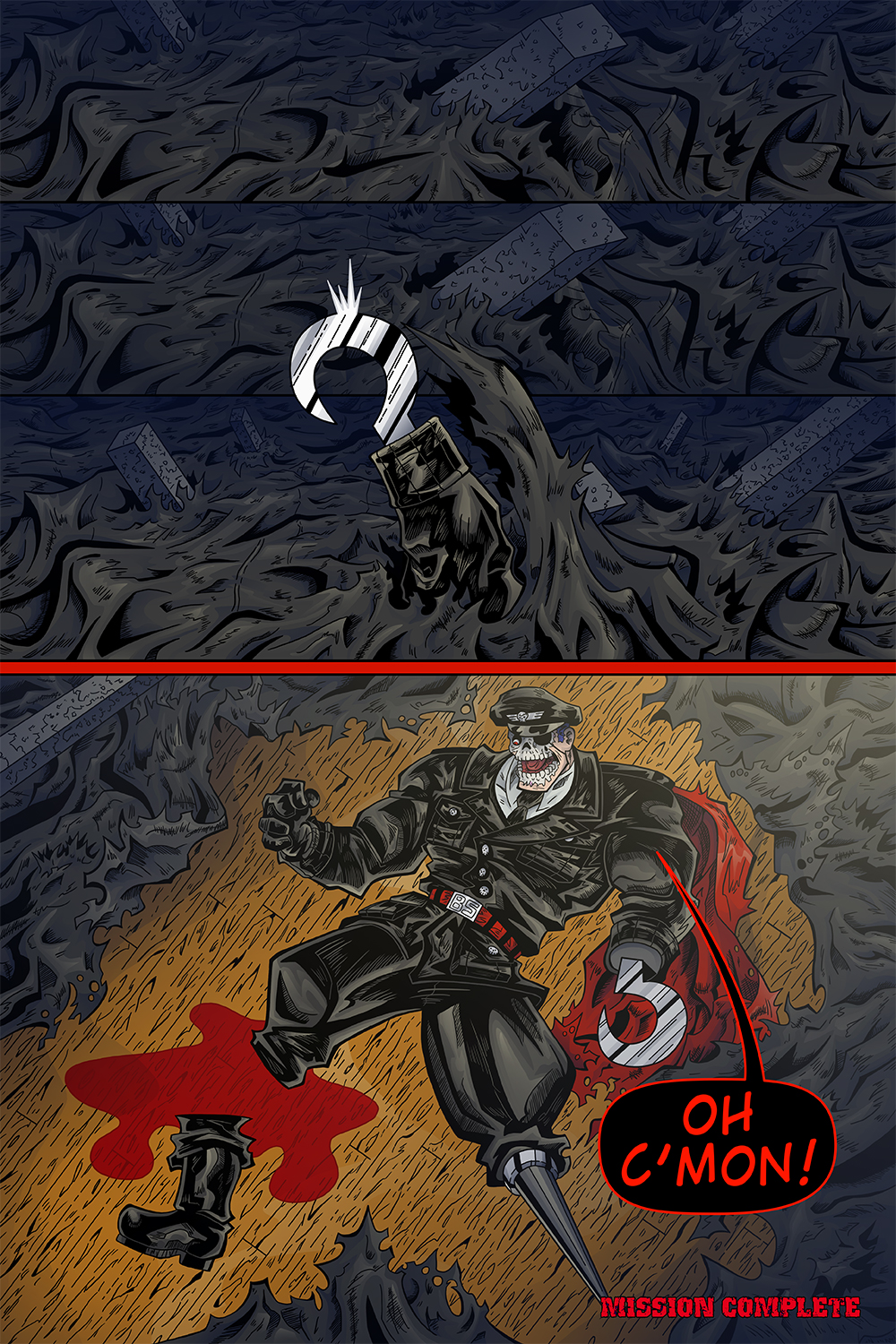 That’s a wrap on Team Stryker Mission 011! This one was truly a blast and I’m already counting the days until I can bring Bleeding Skull back. I’ve had his character idea floating around since art school so it was very therapeutic for me to actually get this to paper. In the early, early days I thought Bleeding Skull was going to be Eagleheart’s assistant who gets nearly killed and blames Team Stryker. In the end the idea of being a Cobra Commander that Team Stryker doesn’t recognize is way funnier to me. I hope you all enjoyed this issue as much as I did making it.

Issue 12 is currently being worked on, but it may be a little bit before it’s on the website. Let me know if you’d be interested in seeing the work in progress pencils and inks on the site or if I should leave those to Twitter, Facebook and Instagram @TSComic. I normally draw the entire issue at once and then ink, colour, letter and publish the pages afterwards so I’ll do my best to get the drawings done as quickly as possible for those of you that just check out the website.