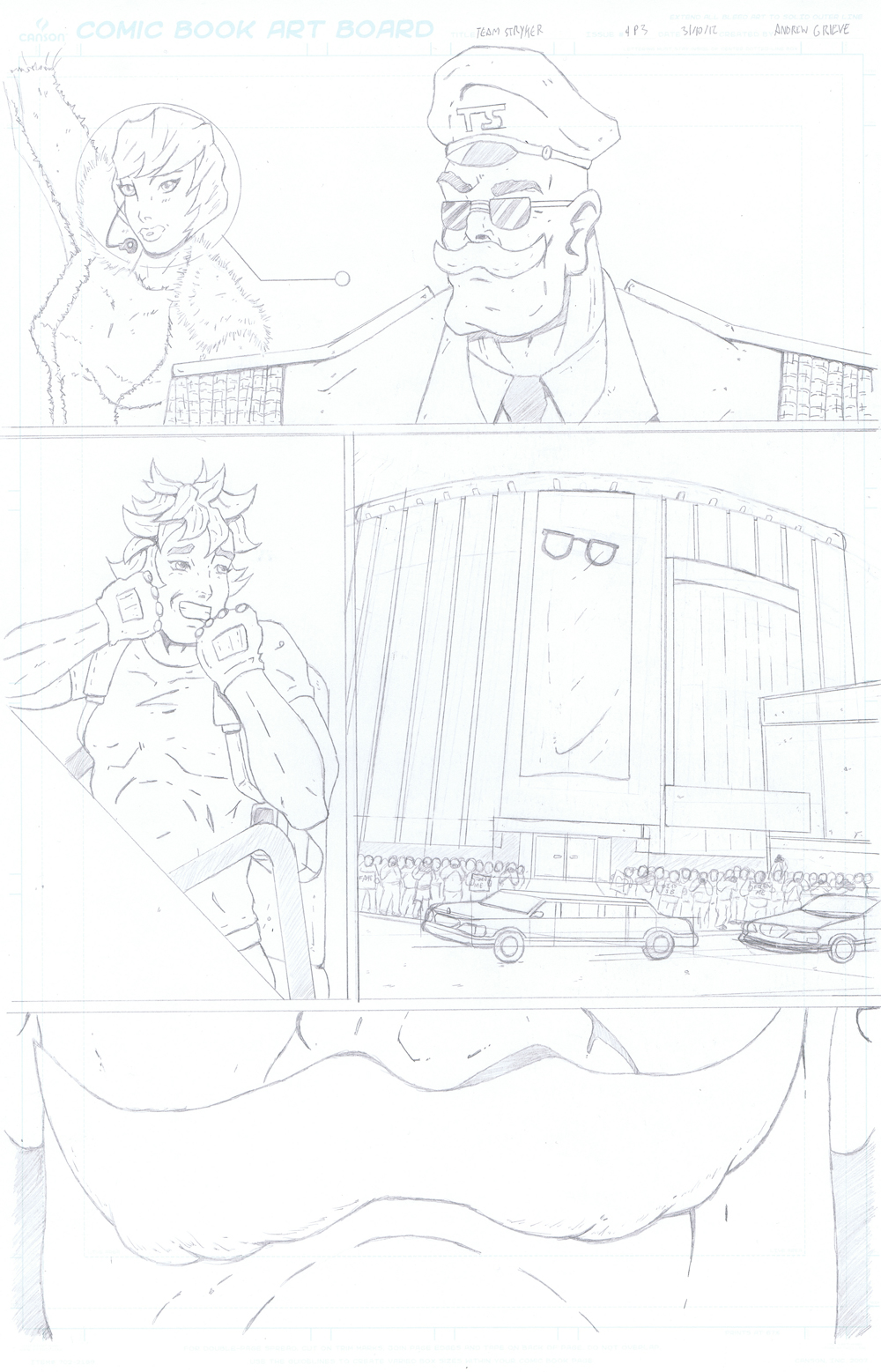 Congratulations on making it to the end of the week! Celebrate with the pencils to Mission 004 page 03 pencils! This page was terrifying to pencil due to the shot of Madison Square Garden in the third panel. I can draw Casanova and Strongbottom in my sleep, but when it comes to drawing complex buildings I’m still learning and not nearly as confident as I am in other areas of Team Stryker. When I wrote this issue I knew that I was going to have a lot more complicated exterior and interior shots and I want them to look as good as the characters. There are so many comics where you can tell the backgrounds are an afterthought. I want backgrounds to be as eye catching as the characters that occupy them so I spent more time on this one panel than I did the rest of the entire page combined. I used a lot of photo reference as I didn’t trust myself to create MSG by memory. I made sure to put in a lot of my own style to it so it didn’t feel like a static photo.

Drawing Casanova geek out of Justine Beaver was a real joy. Casanova has had a substantial redesign since Mission 003 and this was the panel where you can see his new redesigned holsters, gloves and hair. I want Casanova to look like someone that should be on the cover of the romance novel: tan skin, beautiful blonde hair, piercing blue eyes, etc. I felt like Casanova looked too young compared to the other members so I wanted to mature him without losing that naive innocence that makes him so much fun to write and draw. What do you think of the newly designed Casanova? Let me know in the comments below or find me on Twitter and Facebook!

Have a great weekend and I’ll see you back here on Monday for Mission 004 Page 04!